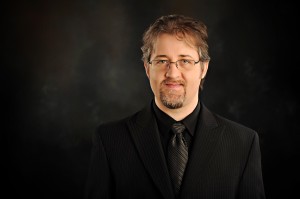 Since arriving in Seattle in 2002, Dr. Christopher Bowlby has established himself as one of the most sought-after piano pedagogues, lecturers, and adjudicators in the area. Aside from his successful career as an instructor of talented students, Dr. Bowlby is also director and vice-president of the Seattle International Piano Festival and Competition, as well as program director of the Chopin Academy of Music in Issaquah, Washington. As an accomplished teacher of many award winning students, in 2012, Dr. Bowlby was invited to present on a joint panel, the “Secrets of Winning a Competition” during the Music Teachers’ National Conference in NYC.

Having performed in such prestigious musical centers as the Weill Recital Hall in Carnegie Hall in New York City, Benaroya Hall and Meydenbauer Center in Seattle, Atherton Recital Hall in Honolulu Public Radio, among others, his playing has been acclaimed for its warmth and integrity to the text. Recent engagements have included performances at the prestigious Salle Cortot in Paris, Castello Visconteo Sforzesco di Galiate, Italy, the SOU piano series in Oregon, Southern Louisiana Piano Festival, the Biblioteca Nacional de Catalunya in Barcelona, Spain, and he was invited to join the jury as part of the 2014 and 2016 Thalberg International Piano Competitions in Naples, Italy.

Previously a winner of several young artists’ and concerto competitions, he has been featured several times on listener-supported and Public Radio stations, both as a speaker as well as a pianist, including a live performances of Bach’s Partita No. 4 in D Major, BWV 828 among others on King FM in Seattle. His extensive repertoire shows his expertise both in the monumental romantic masterworks such as Brahms’ “Handel Variations” and Schumann’s “Symphonic Etudes” as well as new works by living composers, including John Corigliano, Jeff Junkinsmith, Laura Kaminsky, David Mitchell, and Owen Bloomfield. Equally at home with chamber music literature, Mr. Bowlby performed Beethoven’s Sonata in A major with cellist, Yo-Yo Ma and regularly performs four-hand and duo piano music with his wife, Ivona Kaminska as well as many other chamber musicians within the Seattle area. Throughout his international studies, he has coached with such eminent artists as Marek Jablonski, Henri-Paul Sicsic, Eugene Skovorodnikov, Mark Clinton, Boris Berman, Stéphane Lemelin, Patricia Michaelian, and Craig Sheppard.

Formerly, Dr. Bowlby was on the faculty of Mount Royal College in Richmond, Canada, University of British Columbia, Shoreline Community College and University of Washington, and has taught in the Ashland International Piano Institute in the University of Southern Oregon, Cornish Piano Institute in Seattle, and Tsar’s Village International Master Course in St. Petersburg, Russia, and 2017 Barcelona Piano Academy, Spain. Currently Dr. Bowlby shares his passion and knowledge with many ambitious students in the Academy that he directs, the Chopin Academy of Music in Issaquah, Washington.

All right reserved to KBPianoDuo